In the heart of old Hanoi is Hoan Kiem Lake (Lake of the Restored Sword), named after the sacred weapon that helped repel a Chinese attack in the 15th century. Ngoc Son Pagoda sits on a small island connected to the coast with a photogenic wooden bridge (). The lake supports a huge population of turtles.

Hanoi’s historic Old Testament is also known as Ba Muoi Sau Pho Phuong,’The 36 Streets’. This place, which is almost completely devoted to trade dates back seven centuries into the time when a group of 36 guilds established themselves in the region, each on a particular street. Today many of the original road names survive. Examples include Hang Ma (Paper Street), Hang Bac (Silver Street), Hang Thiec (Tin Street) and Hang Chieu (Mat Street) — of those only Hang Bac still continues in its first craft, specialising in the sale of jewellery. The best way to see that the Old Quarter is on foot, seeking out the very intriguing sights, among which will be the lively Dong Xuan Market.

A visit to the Ho Chi Minh Mausoleum (Lang Chu Tich Ho Chi Minh) is a great starting point for anybody interested in understanding the Vietnam of today. The federal hero died in 1969 and was embalmed by Soviet experts. More detail about the great man is provided in the nearby Ho Chi Minh Museum, while Ho Chi Minh’s house, also nearby, is one of the most tranquil places in contemporary Hanoi.

The 1 Pillar Pagoda (Chua Mot Cot) dates from 1049 and is one of the very few surviving structures from the original city (although the central shrine was rebuilt in 1955). It is said to possess miraculous healing abilities.

Museum of the Vietnamese Revolution

The battle for freedom from foreign powers was a persistent theme in Vietnam’s history and is detailed at the Museum of the Vietnamese Revolution (Bao Tang Cach Mang Vietnam).

Fully restored in 1997 at a cost of US$15 million, the Opera House (Nha Hat Lon) is among the greatest examples of French colonial architecture in Hanoi. The interior is magnificent; attempt to catch a performance if you can.

Hanoi’s biggest temple complex is the Temple of Literature (Van Mieu Pagoda), together with five interconnecting courtyards. Van Mieu was a centre of learning for centuries, and it was here that the Confucian examinations happened.

Hanoi’s Fine Arts Museum (Bao Tang My Thuat) occupies a beautiful building and is packed with fascinating artefacts. Nice Nguyen dynasty sculpture and paintings, beautiful woodblock prints in the mountain peoples, and esteemed contemporary works are all on display.

Housed in a fine Hawaiian edifice, the Museum of Vietnamese History (Bao Tang Lich Su) details the narrative of the region from neolithic times. The extensive collection contains Bronze Age implements, Cham relics, and an elaborate throne in the Nguyen dynasty. 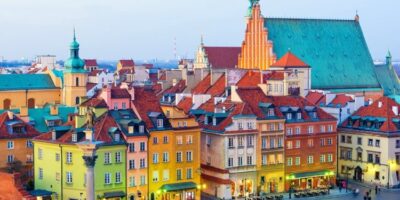