Home
Travel
WWII attractions in Poland by ITS Polish travel agent
Poland is the country where WWII started on the 1st of September 1939. It is a nation that suffered heavy human and material loses to give just a few examples we cane mention tearing down to pieces the capital city Warsaw and location of the biggest Nazi German Death Camp Auschwitz-Birkenau just by the second largest city in the country and smaller death camps by almost all bigger cities. This is why, if you are interested in history and WWII period in particular Poland is the must-see country that should be at the top of your list. Below you will find the list of most interesting places by ITS Poland one of the renowned Polish travel agents, that has been operating since 2005.

Top 10 WWII attractions in Poland by ITS Polish travel agent:

6. Palmiry Memorial in Palmiry near Warsaw

The capital of Poland is very rich in sights commemorating events of WWII. First of all, there is the famous and modern Warsaw Rising Museum. Tourists should reserve about 2-3 hours for a visit in this place. Next, top sights include Palmiry Memorial Museum and Cemetery and Treblinka Nazi German Concentration Camp Museum. History lovers will also definitely like a visit to Mausoleum of Struggle and Martyrdom at Szucha Street, Pawiak Prison Museum, POLIN Museum (parts are devoted to WWII) and numerous monuments such as the Monument of the Ghetto Heroes, Warsaw Uprising Monument, Statue of the Little Insurrectionist, Umschlagplatz Monument or the Monument of the Unknown Soldier. ITS Polish travel agent claims that Warsaw is a great location to discover mysteries of WWII.

Cracow has at least five museums that are crucial to understanding of WWII. First of all, Auschwitz-Birkenau Nazi German Concentration Camp Museum is a must. It is a place where over 1,5 million children, women and men have been murdered. It shows the darkest page in the human history. The museum itself is enlisted at UNESCO World Heritage List. Then there is very modern Schindler’s Factory Museum showing, among others, WWII history depicted in Spielberg’s famous film. Galicja Museum is a place where apart from sightseeing the photo exhibition, you can meet Holocaust survivors (ITS travel agent can organize such a meeting) and take part in workshops with them. Modern Home Army Museum shows the history of this unique underground military formation. Finally, Pomorska Street Museum is the former WWII Gestapo Headquarters in Kraków, together with its underground prison. It shows the tragedy of people that were imprisoned there. Moreover, ITS Polish travel agent also advices to visit old Jewish district of Kazimierz where tourists can learn more about Jews inhabiting Cracow before WWII, see numerous synagogues and taste Jewish cuisine. It is also good to take former Cracow Ghetto sightseeing route and visit Ghetto Heroes Square. All in all, Cracow is truly interesting area for WWII history enthusiasts.

WWII in Poland started in Gdansk. This is why the biggest WWII Museum was built here. Apart from this flagship, history-oriented tourists definitely must see Westerplatte Peninsula and Museum there, as it is the place where the first attack of WWII took place. Another interesting point is Stutthof Concentration Camp in Sztutowo village on the outskirts of Gdansk. ITS Polish travel agent advices to start sightseeing from watching historical film in the museum’s cinema. Finally, there is one more small museum worth a visit a Polish Post Office Museum where in the building’s façade, visitors can still see rifle shot marks from WWII. The mission of the museum is to preserve the memory of the patriotic and social activity of Poles inhabiting the Free City of Gdańsk and the defence of the Polish Post and Telegraph Office No. 1 in Gdansk on September 1, 1939 as a symbol of resistance to Nazi terror during World War II.

When tourists want to understand the history of WW II, ITS Polish travel agent also usually advices visiting Lodz city as before WW II it had one of the biggest Jewish diasporas. In Lodz sightseeing list, visitors should include old Jewish mansions and factories, Radegast Station, Survivors’ Park and Mark Edelman Center for Dialogue. What is more, Lower Silesia region of Poland is particularly interesting because of Riese Complex buildings and Arado Project Museum. Riese Complex history can be discovered in Ksiaz Castle, Wlodarz Complex and Walim Drifts. Exploseum in Bydgoszcz is one more interesting weapons production place. Finally, it is also worth to pay tribute to WWII victims in memorials of death camps in Majdanek, Belzec, Rogoznica and Sobibor.

Poland, due to its engagement in WWII, is a perfect place to study this horrible conflict, that took lives of millions of people all around the world. It is also a perfect place to pay tribute to the victims and heroes of this conflict. If any of the above-mentioned places caught your interest feel free to contact ITS Poland Polish travel agent to find out what historic tours they can offer to you. Start your Polish adventure still today! 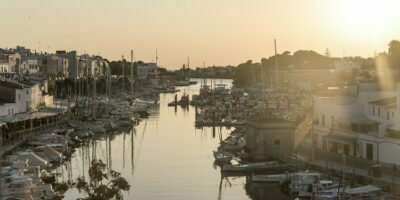