Home
Vacation
Where to go on holiday

From a flaming tar barrels festival in Devon to a stomach-churning glass bridge in China, we round up the best places to go this November.

It’s unlikely that even piping hot fish and chips will keep you warm on the Brighton seafront in November, but it’s not cod that will cajole visitors down to the beach this time of the year, it’s cars.

This is where the world’s longest-running motoring event, the Veteran Car Run, finishes on Sunday 1 November. 500 pre-1905 cars will cough, splutter and roll from Hyde Park to Brighton in celebration of the Locomotives on the Highway Act, an 1896 law that raised the speed limit for ‘light locomotives’ from 6.5kph (4mph) to 22.5kph (14mph).

Tax inspectors would say there are enough freebooters in the Cayman Islands already, but that doesn’t stop the annual Pirates Week Festival from sailing into the harbour from 12-22 November.

The only event to take place across all three islands, this buccaneer beano is the ideal excuse to relish this world of lazing palms trees, pearl white sands and clear cyan waters.

Celebrations cannon off when 17th-century galleons lead a surprise attack on George Town, capturing the Governor and wreaking havoc. What follows is 11 days of swashbuckling shenanigans including fancy dress, cardboard boat races, underwater treasure hunts, music and an explosive finale.

Pearl white sands and a pirates festival: what more could you want?
fallbrook / Thinkstock

Diversity is celebrated and cultures are bridged at November’s 12-day Oud Festival in Jerusalem. The festival is held at the city’s Confederation House and brings together Israeli and international musicians as they champion the region’s signature stringed instrument, the Oud.

This eclectic medley spans ancient Middle Eastern music and contemporary works, including stirring vocals and solo musicians, as well as quartets and orchestral pieces. Autumn is also the ideal time to explore Israel’s historic city, its fresh bright days a break from the summer’s sweltering sun.

Tranquil lakeside Puno reveals a dark and eccentric side come November with La Diablada: an exuberant carnival on the banks of Lake Titicaca in Peru. This popular annual event pays homage to the spirits of the iconic lake as well as celebrating Puno’s freedom from Spanish rule.

Visit in the week leading up to 5 November for a rainbow of costumes – think full-on carnival attire topped off with huge devil-like masks – and lively festivities that culminate in a large procession of revellers dancing the theatrical Diablada (dance of the devils).

While precarious bonfire displays send pulses racing across the UK each Guy Fawkes Night, a real heart-thumping display is on offer at Ottery St Mary, in Devon, during the town’s annual Flaming Tar Barrel Procession.

Each 5 November, a handful of local residents are anointed with the task of carrying gert big flaming tar-coated barrels through the town’s streets, spurred on by the cheers of an adoring crowd. The event concludes with a spectacular 10m-high (35ft) bonfire just outside of town.

While nobody knows how the seemingly bizarre tradition originated, it is regarded with reverence by the townspeople, and, though the beer runs freely, visitors are asked to remain respectful (and safe) if attending.

Bonfires? Boring. Devon’s Flaming Tar Barrels festival is where the party’s at
www.otterytarbarrels.co.uk

Prepubescent children have Disneyland, drug addicts Amsterdam; but Zhangjiajie National Park, in Hunan, China, is quickly becoming a mecca for acrophiliacs (those with a love of heights).

While the geopark’s distinctive pillar-like mountains (the inspiration for the otherworldly landscape in James Cameron’s Avatar) have long drawn gawking crowds, it’s the new wave of toe-curling attractions that are attracting thrill seekers to the scenic expanse.

Along with its mountainside glass walkway and inter-mountain elevator, the park has now opened the world’s longest, and highest, glass-bottom bridge, precariously spanning a 380m (1,250ft) gap between two mountain peeks. Just don’t look down. 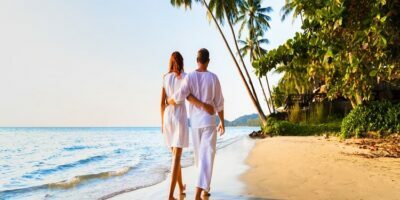