Malaysia is known as one of South East Asia’s (SEA) most advanced countries in term of technology. It is also a place where online gaming has become extremely popular among the masses. He popularity of online gaming is the same across the whole of Asia, but sometimes some of these countries have fallen behind due to slow infrastructure development in the telecoms and Wi-Fi industry. In other words, they have not started to lay down fibre optic cables as quickly as maybe they should have.

According to a report by Rappler.com, Malaysia has the second-best infrastructure in SEA. The country only falls just behind its very wealthy neighbours over in Singapore. It is also Malaysia’s intent to beat Singapore, but as Malaysia is a much bigger country, the stakes are higher in terms of price to lay fibre and Wi-Fi towers as well as the fact that the country is much larger in size.

However, in Malaysia, the infrastructure when it comes to IT has been amazing. The key reason though has not been because of online gaming. In fact, Malaysia is competing on several business industry levels. Tourism is one and having decent internet for tourists these days seems to be a must. However, it is business and finance that takes priority. The Malaysian government know that a sound, fast, and very reliable IT infrastructure connecting networks across the internet is key to the country’s success.

When a country improves its entire IT infrastructure, it also helps online gamers. Online games reply on speed and intense graphics being passed through the wires of the internet so players can have a top-quality gaming experience.

Gamers now connect to the internet via their PlayStation, xBox, Nintendo, smartphones, PCs, and laptops plus many other devices. Probably one of the most famous activities or hobbies for online gamers in Malaysia is the online real money gaming they get to play. It is a growing fad in the country and the means to play games without annoying disconnects means players are able to get the best out of their gaming experience.

Other games such as the many well-known MOBA games available on numerous devices such as xBox, PlayStation, PC, and now even Smartphones have also started to take off immensely. One of the annoying things about playing online games in other South East Asian countries is that their internet connections are inconsistent. In some countries in SEA the speed of the game replies on the time of the day.

When schools are out and the internet cafes are full, then speeds are reduced. During the day businesses are taking up a lot of the bandwidth in which they are given preference over home internet and internet shop because commerce is vital to the country’s economy. However, in the majority of Malaysia this is no longer an issue.

Another issue in Malaysia in the past was the huge prices that come with the internet contracts in Malaysia – well those prices are now going down because the new infrastructure is not only faster and more efficient, it is far more reliable and cost effective. It means more bandwidth and less stress on the hardware the internet companies need to provide. As a result, it means they can reduce the prices of their internet packages meaning those that did play in cybercafes now have a decent connection at home too.

Check out this report on cybercafé usage in Malaysia if you are interested in more information. Now cybercafes are still popular despite the reduction in cost of home internet. Online gaming is also a social activity and with the slow speeds of gaming now a thing of the past, more people want to play in the buzzing atmosphere of an internet café where their gaming experience will be top notch. 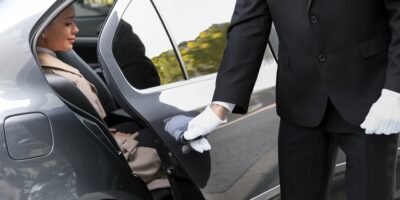